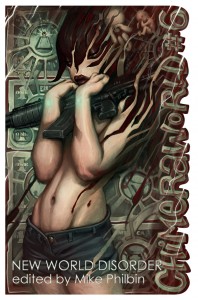 In the near future, the world awakens to the corporate threat of the New World Order: a leaderless resistance defeats the global elite.

But without ‘money’, there’s no method for generating a momentum to continue to push technology as far as it will go under a military-industrial agenda. Who says so? And also, there’s the ‘Sword of Damocles’ threat of Eugenics associated with the corporate agenda. I personally find the Eugenics pill the most difficult to swallow but history is telling us that’s where we’re headed so that the Banking Elite can enjoy their planet.

And that’s what they truly believe, that it’s their planet, that they have the right to it.  Not anyone else.

So, cancel Money (most of it’s fiat money anyway, based on debt and tending to hyper-inflation), cancel Profit, cancel Private Ownership and Patents, cancel Countries, cancel National Insurance numbers because all these invented concepts increase the likelihood of our demise as a planetary species – our mass murder.
But how can such a liberated civilisation contribute to the proper use of the planet’s resources. What is the aim of a planet of willing intelligent people helping the world be a better place? Where’s the fun in that?

We need to seriously consider the possibility that Progress can exist without Corporate Profit, that we as a people can cooperate on Free or Open Source projects that help mankind to live in creative harmony. Take away the incentive, release the guilt; destroy the agenda, secrecy and horror of controlled corporate contemporary life.

Oxford, UK-based artist/writer Mike Philbin has been at the helm of the Chimeraworld series from Chimericana Books from its inception five years ago. It was intended as an antidote to the dull, grey horror-genre franchise that has stained our retail shelves in lieu of good horrific escapism. The ‘genreclectic’ themes have been:

Yes, there are twenty-three writers from all over the planet in each issue of Chimeraworld. A unique feature of Chimeraworld #6 (twenty three tales of leaderless resistance) is that You The People are an active part, this year, and space is given for YOU to note down how you helped affect a real change on this planet.
Military industrial complex, detention camps for dissidents, rfid chip global tyranny, false flag terrorism, biochemical attack, martial law on our streets, total surveillance state, the suppression of knowledge is power . . . following a mass awakening, the global elite are annihilated.

Chimeraworld #6, contains stories depicting the world after the coming revolution, as mankind returns to a life stripped of Capitalism and Mass Media Propaganda. A world without the Google-fuelled glare of the bankers dictating every move you make. A world of travel, a journey through real freedom. An uncensored world of chaos, uncertainty and anarchy. A world of social and spiritual enlightenment; no money, no banks and no business loans.

This is the story of how yourself and your family get by once everything you know about Modern Society has been eradicated, when the Global Elite’s power grab has been exposed and has failed in spectacular fashion. What was your part in the revolution and how did you contribute to new world disorder?

Chimeraworld #6 comes out from under that stomping corporate jackboot and shows the six billion free people of this planet how they won!